Radiofrequency ablation, or RFA, is a medical procedure that can be used to treat different types of medical conditions, such as tumors, sleep apnea, and chronic pain. How this treatment works is that a needle with an ultrasound or x-ray is inserted in the area meant to be treated. Then the heat of the RFA interrupts the transmission of pain signals sent by nerve endings to the brain.

If you doctor is recommending this treatment and it’s one you want to get, a common question you probably have is, “does Medicare cover RFA?” In this article, we answer that question in clear, plain English. You will also find the average costs of RFA for those who have to pay out of pocket.

The short answer is yes; Medicare will cover the cost of RFA. But not 100% of the time. As is often the case with Medicare, certain conditions have to be met in order for Medicare to pay for your RFA. Below we look at what these are so you know what to expect.

Most of the time, however, RFA takes place in an office or outpatient setting. No anesthesia is typically needed. Just a little numbing agent. Usually people who get the RFA procedure go home the same day.

When it takes place in an outpatient setting, coverage for RFA is provided by Medicare Part B. Once approved, Medicare Part B covers 80 percent of the costs of RFA. You will pay for the remaining 20 percent.

Medicare Advantage plans (Medicare Part C) also provide coverage for RFA. This is because Part C plans have to cover all the procedures, treatments, etc. that Original Medicare provides. Part C plan will also offer some additional benefits that Original Medicare does not offer. Exactly what these are and how much the out-of-pocket costs will vary depending on the specifics of your plan.

How Much Does RFA Cost?

How Does RFA work?

During the procedure, the healthcare provider will insert a needle or a catheter to the area of pain. The needle/catheter is equipped with X-ray or ultrasound to monitor the procedure.

Then, the RFA uses its heat to interrupt the pain signals sent by the nerve endings to the brain.

Also, you can check out other articles in this series including: Does Medicare cover hand surgery? 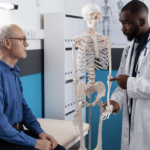 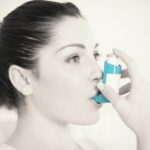 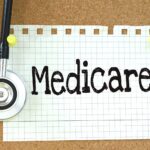