You’ll most commonly see it talked about as a treatment for prostate cancer. If you’re interested in this treatment, a common question is “does Medicare cover HIFU?”

We answer this question below in clear, plain English. We also look at what HIFU costs and share some other helpful info about it.

At this time, no, you should not expect that Medicare will cover HIFU expenses.

In 2017, the Center for Medicare and Medicaid Services, or CMS, announced the establishment of a new C-code for the treatment against prostate tissue using HIFU. C-codes are temporary pricing codes that CMS establishes.

Even though there is a C-code (C9747) for HIFU treatment, Medicare will not cover a facility for a HIFU procedure. The C-codes only apply to hospital outpatient facilities and the ambulatory surgery center (ASC) settings and not to office-based outpatient surgery centers and physician services.

HIFU has just not been around long enough and there is not enough data for Medicare to pay for it’s use in treating prostate cancer. This may change though as more research is published so check with your providers for the latest info.

We’ll post any updates here as we become aware of them.

How Much Does HIFU Treatment Cost?

High-intensity focused ultrasound, or the HIFU procedure, is an FDA-approved treatment used to remove prostate tissue. Even though the procedure is not yet approved for treatment against prostate cancer in the United States of America, it is now in clinical trials.

As of now, researchers are still in the process of finding out how well the procedure works. They are also trying to find and study its side effects. Many doctors say that this is a minimally invasive or even a non-invasive treatment. That means that they no longer have to cut you open.

Men whose cancer has not yet spread beyond the prostate may undergo this surgery. Doctors may suggest this procedure either before a patient has tried other treatments or after radiation therapy, if it is not effective.

For the doctors to track the tumor and point the sound waves, they use magnetic resonance imaging or simply MRI, and ultrasound imaging.

Aside from being a minimal to non-invasive way to treat prostate cancer, treatment center websites are saying that this is a “safer method”.

This kind of treatment usually takes 1 to 4 hours. The patient will be administered an enema to flush out everything inside their bowels before the procedure starts. Six hours before the operation, the patient cannot consume anything, even water or beverages.

The patient will be is placed under anesthesia so they will not feel pain during the procedure. A catheter will go through the head of the penis and into the bladder to catch urine.

The doctor will then insert an ultrasound probe into the rectum. The probe may have one or two crystals inside. The sound waves from a crystal will then bounce back to the computer, making a picture of the prostate gland.

The picture will show where to send the sound waves, and the crystal will send focused sound waves through the rectal wall and into the prostate gland.

Also, you can check out other articles in this series including: Does Medicare cover LipiFlow Treatment? 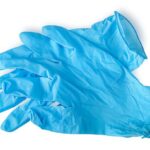 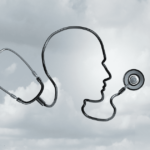